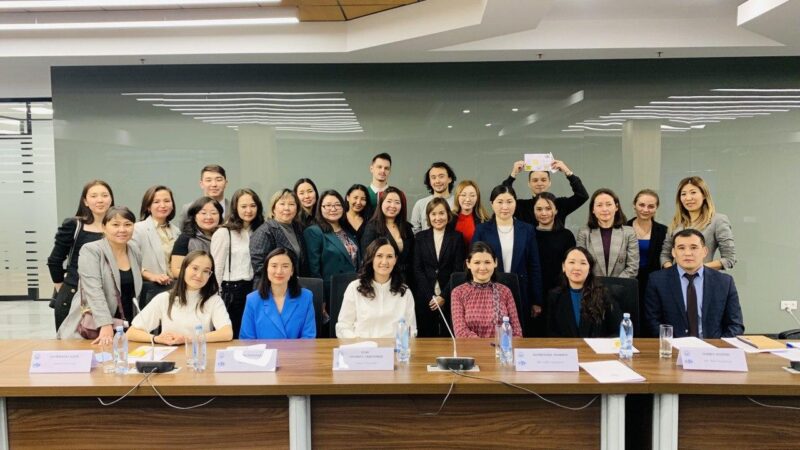 On November 14, Kazakhstan celebrates Sociologist’s Day. On the eve of this professional holiday, on November 11, 2022, the Round Table “Development and promotion of young sociologists” was held in Astana.

The event was organized by the Forum of Young Sociologists under the Association of Sociologists of Kazakhstan, which celebrates its 20th anniversary this year.

The round table was attended by leading research centers of the country, teachers and students of Astana IT University (astanait.edu.kz), L.N.Gumilyov ENU (enu.kz), Al-Farabi KazNU (kaznu.kz) and other universities of Kazakhstan. The meeting was held in a hybrid format: offline for experts from the capital and online for other regions of Kazakhstan.

The round table discussed the prospects and plans for the development of the community of young sociologists in the country, the role of higher educational institutions in the formation of high-quality human resources, problematic issues in the field of work of sociologists.

The main event of the event was the presentation of the launch of the first in Kazakhstan School of Sociologists “Kazakhstan Sociology Lab”, which is being implemented by the corporate foundation “Academy of Elbasy”. The project is aimed at training specialists of a wide profile who possess not only basic sociological knowledge, but also have skills in working with modern digital technologies for collecting and analyzing data. At the School, special attention will be paid to teaching methods such as hard skills, quantitative analysis in R, pre- and post-processing of data, qualitative, quasi-experimental research methods, etc.