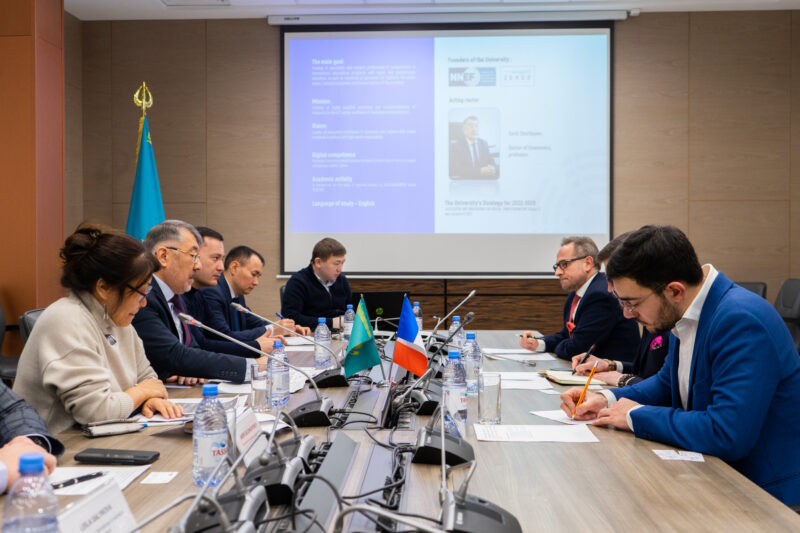 On January 2023 the representatives of the French university École Hexagone, the President Sébastien Dherines, the director of information systems Vincent Peyrouse and the President of VAR International S.A.S. Didier Vidal visited Astana IT University.

During the meeting, Omirbayev Serik, Acting Rector presented Astana IT University and stated the wishes on the main areas of cooperation among institutions.

Vice-rector for Academic and Students Affairs, Kumalakov Bolatzhan announced the main areas of possible cooperation between AITU and École Hexagone. Thus, the parties agreed to sign a memorandum of understanding and start developing a roadmap for cooperation.

Representatives of École Hexagone, in turn, expressed their readiness to cooperate in conducting internships for the teaching staff, and also wished to promote the development of relations between France and Kazakhstan in the field of education.

As a result of the meeting, a tour of the laboratories FabLab, Industry 4.0, Smart City and the scientific library was held.

Together with École Hexagone, we express special gratitude for the help in organizing the meeting to the Ambassador of the Republic of Kazakhstan in France, Ms. Arystankulova Gulsara.