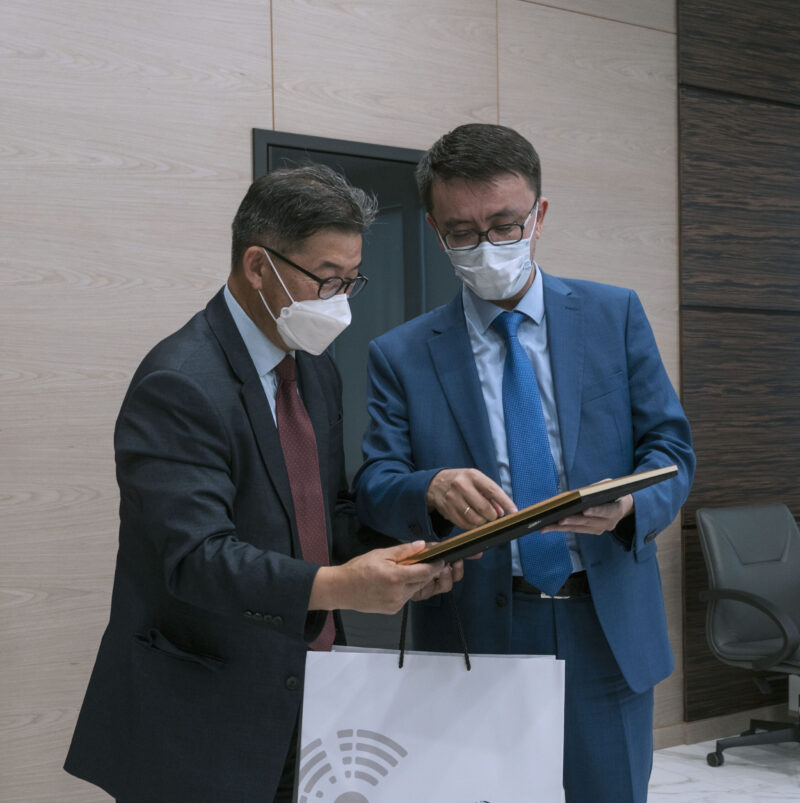 Astana IT University together with the Ministry of Digital Development, Innovations and Aerospace Industry of the Republic of Kazakhstan held a meeting with representatives of Inha University on bilateral cooperation.

The Department of International Cooperation held a meeting with representatives of Inha University about bilateral cooperation.

Inha University is a private research and educational institution located in Incheon (South Korea). In the ranking of the most important and popular universities in the country, it is among the top ten, and its technical and civil engineering faculties are on the 4th place in the ranking of «South Korean universities». According to the main rating tables, Inha University as of 2021, it is ranked 561 in the World University Ranking QS World University Ranking, 801 in the Times Higher Education ranking.

During the meeting, issues of future partnership, areas of interaction and expansion of opportunities in the field of education, research, and international relations between universities, as well as the development of digital technologies in the educational process were discussed.

We also inform that a student of Astana IT University become one of the participants of the South Korean state program for student support and won a scholarship to study at Inha University.

Yelzhan Umbetov, a second-year student of the «Computer Science» educational program, was nominated for the Korean Program to support Student studying for Academic Mobility.

The financing of Yelzhan under the program «Korean Government Support Program for Foreign Exchange Students» will be implemented in the fall semester of 2021 and will cover the cost of accommodation, flight, medical care insurance, as well as an additional scholarship will be assigned.